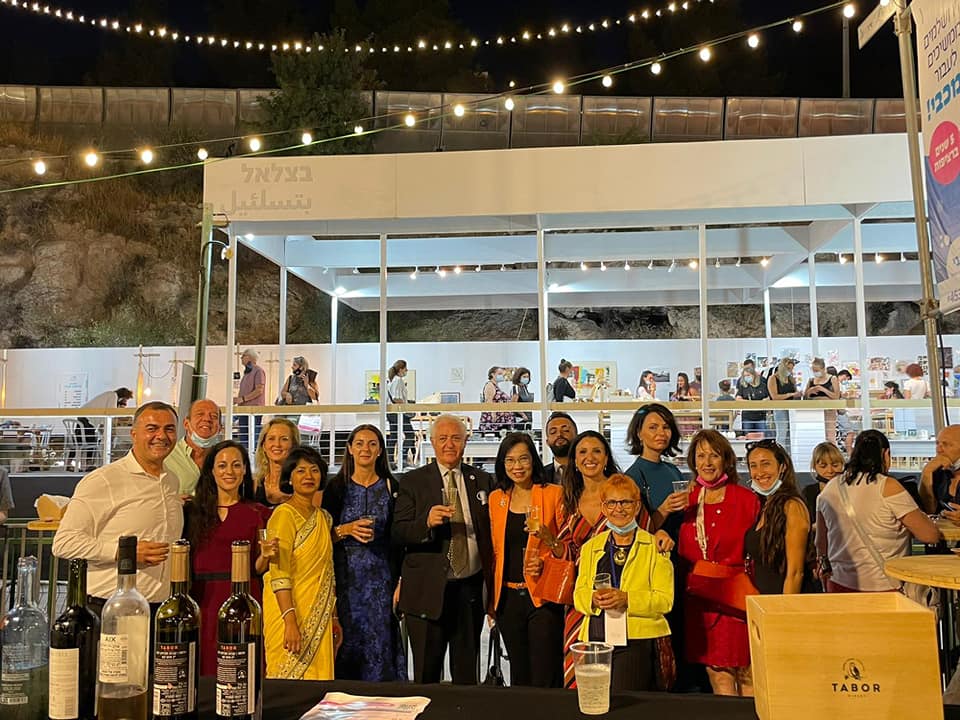 Fleur Hassan-Nahoum , Deputy Mayor of Jerusalem and Sara Malka , The Producer and artistic director of the Hutzot Hayotzer were welcoming us at the wine bar of the festival.

The ambassadors visited the international booth and enjoyed the beautiful atmosphere of the festival and the concert of the band T- Slam and the singer Ehud Banai that was held outside, under the walls of the old city of Jerusalem. 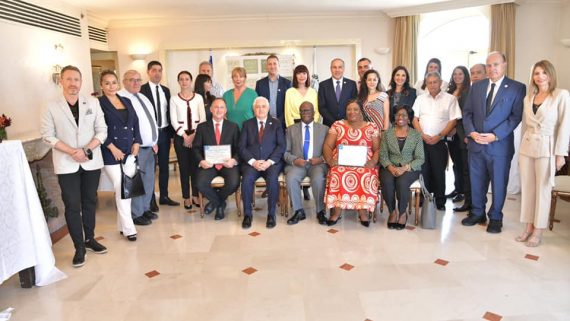 Presenting the “Certificate of Excellence in Diplomacy”, 2021

The Ambassadors’ Club of Israel is present at MUNI-EXPO 2018,the greatest munici…