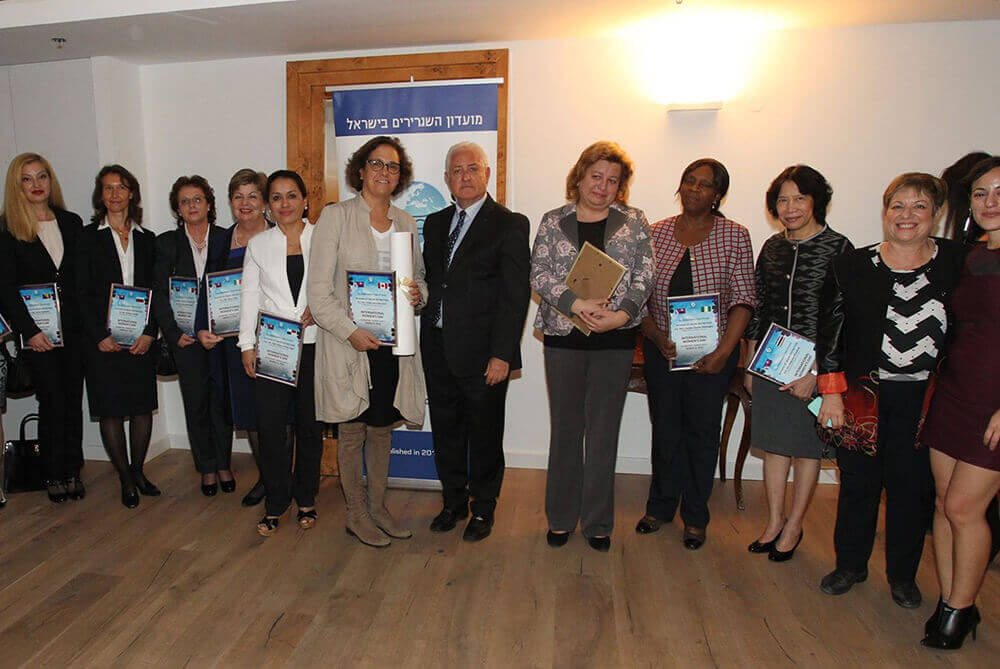 The Ambassadors’ Club of Israel was proud to join the international community in celebrating International Women’s Day on March 8, 2016. This year’s theme is “Gender Parity: 50/50 toward 2030”.

The Ambassadors’ Club contributed to this effort by honoring the twelve women foreign ambassadors serving in Israel with a special reception. It is our honor to present interviews with the Ambassadors of Canada, Thailand and the Republic of Slovenia.

Canada is an amazing country in which women have tremendous opportunity. I raised two girls as a single parent in Canada and every day felt extreme gratitude. There are not many places in the world where women have cultural, social and workplace freedom and mobility as we do in Canada.

Having said that, there remain iniquities to be addressed, in every facet of life. Many of these have cultural roots, particularly in a country like Canada, where so many diverse cultures and backgrounds come together. We find significant commonality, but there are aspects of life that do not mesh as well. Positive change is possible, however it is not immediate. It takes time. and education.

Over the past three decades, women’s participation in the Canadian workforce has more than doubled, to nearly 48%. Women now earn over half of all Canadian university degrees and businesses majority-owned by women contributed an estimated $148 billion dollars to the Canadian economy in 2011. Yet, only 15.9% of corporate board positions at FP500 companies are held by women and nearly 40% of FP500 companies and close to half of publicly traded companies do not have women on their boards.

This needs to be addressed as increasing opportunities for women to serve on corporate boards makes good business sense:

Canada still has some work to do regarding women in political leadership. A total of twelve women have served, or are serving, as the first minister of a Canadian government. Of these, the Right Honourable Kim Campbell was prime minister of the country, eight women were premiers of a province and three were premiers of a territory. There are three female provincial leaders today. (I am particularly delighted that Premier Kathleen Wynne of Ontario is planning to visit Israel in mid-May, 2016.)

Do you think that women politicians or diplomats have an added value compared to their male colleagues?

Added value? I’m not sure we have an “added value”. Nor do we have diminished value. And, to be honest, I am often uncomfortable when we try to accentuate our “differentness” or, for that matter, “sameness”. Each person has different qualities. There are certain traits that we believe are more prevalent in men or women. What matters is how competent and honorable the person is and whether they enjoy and can do the job.
My belief and approach in life is that I should be part of society, in every way. I should and hope to be measured by my ability, not my gender. No matter the endeavour. Half the world is female. It’s time.

What is your wish/ message on the occasion of International Women’s Day March 8, 2016?

Recently, I travelled in Southeast Asia, in two countries in which women are relatively emancipated. But, by our standards and against Western expectations, they are not. And, they are fortunate compared to so many. My wish is that all of us — men and women — but especially those of us privileged to live in open, western societies, give ourselves, every day, in every way, to making the world a more balanced, accepting place, by every measure. Female equality and advancement is linked to overall progress and openness. It is not separate from society. This is what we must always be mindful of and carry with us.

We don’t have problems of gender discrimination in our country. Thailand has been an open and free society since long. Before the law, the women status in Thailand is nothing less than one of men.

One of the key policies of Thai governments, in all time, is the promotion of women empowerment in term of political, social and economic developments.

Do you think that women politicians or diplomats have an added value compared to their male colleagues?
In my opinion, everyone has his/her own turf and responsibility, you will always find a way to put added value in anything you do, no matter that you are male or female.  In this aspect, the real value should be considered according to one’s performance not by gender.

What is your wish/ message on the occasion of International Women’s Day March 8, 2016?

I would like to say that in promoting a sustainable development, in all levels, the inclusive growth is essential, meaning that every single person has been provided an equal opportunity to acquire achievement regardless of race, religion and gender.

The Republic of Slovenia’s Ambassador to Israel: H.E. Barbara Sušnik 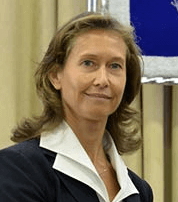 In Slovenia, the conditions of women are in general good, as there is relatively small gender gap (Slovenia ranks among Top 10 countries in the Global Gender Gap Index published recently by the World Economic Forum). Slovenia has made significant progress in the development and implementation of legislation aiming at achieving gender balance in all spheres of life, including the political decision-making. At the last parliamentary elections in 2014, the share of women in the parliament increased to 35,6 %. We have 8 female ministers of a total 16, including the Minister of Interior and the Minister of Defense. The employment rate of women is more or less equal to that of men, and on average, their education is at a higher level. However, in business leadership there is room for improvement as women are still underrepresented as board members.

One of the issues the Government and civil society are paying a lot of attention is prevention of violence against women which we consider a general violation of fundamental human rights, including the right to life, safety, dignity, protection against physical and mental injuries, equality and family.

The Convention opens the path for creating a legal framework at pan-European level to protect women against all forms of violence, and prevent, prosecute and eliminate violence against women and domestic violence. The Convention also establishes a specific monitoring mechanism in order to ensure effective implementation of its provisions by the Parties.

Do you think that women politicians or diplomats have an added value compared to their male colleagues?

The main added value is that they ensure that both genders are represented which contributes to the balance in the society. I believe that both principles, male and female, are needed, and that lack of any of it undermines the sustainability in general and in the particular areas of the society. One could also say that often women politicians and diplomats are more sensitive to issues related to women and children and have higher developed skills of empathy, even though there are of course exemptions to the rule.

Diplomacy has been long considered to be a male profession but it is changing considerably, on all levels, and I believe that this has many merits. I was surprised to see that there are so few women Ambassadors in Israel and I hope that the number is going to increase. Slovenia, for example, has had six Ambassadors here so far and three of them – including myself – have been women.

However, if women, particularly those who hold top leadership positions, still believe that they have to work harder than men to prove themselves and can’t afford to make mistakes, the real equality has not yet been achieved.

What is your wish/message on the occasion of International Women’s Day March 8, 2016?

My message would be that women should just dare to dream and to follow and fulfill their dreams like the gender inequality; stereotypes, discrimination and sexism never existed. Also, I firmly believe that a life without any form of discrimination and violence is every woman’s right.

I would like to see Israel acceding to the Council of Europe Convention on preventing and combating violence against women and domestic violence as it is open for accession by non-member States. 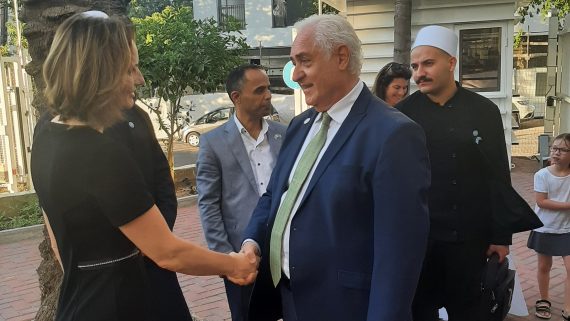 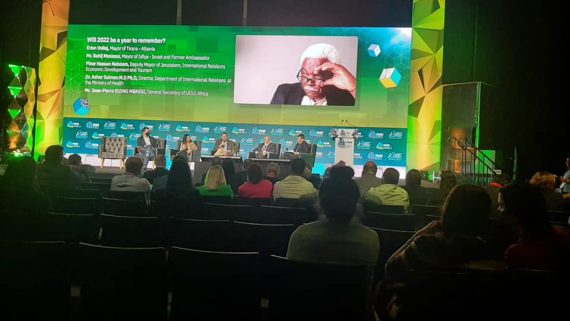 Today,April 7th, is WORLD HEALTH DAY. THE THEME OF THIS YEAR, DECIDED LONG… 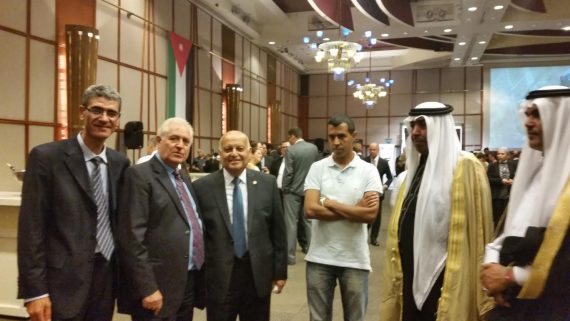