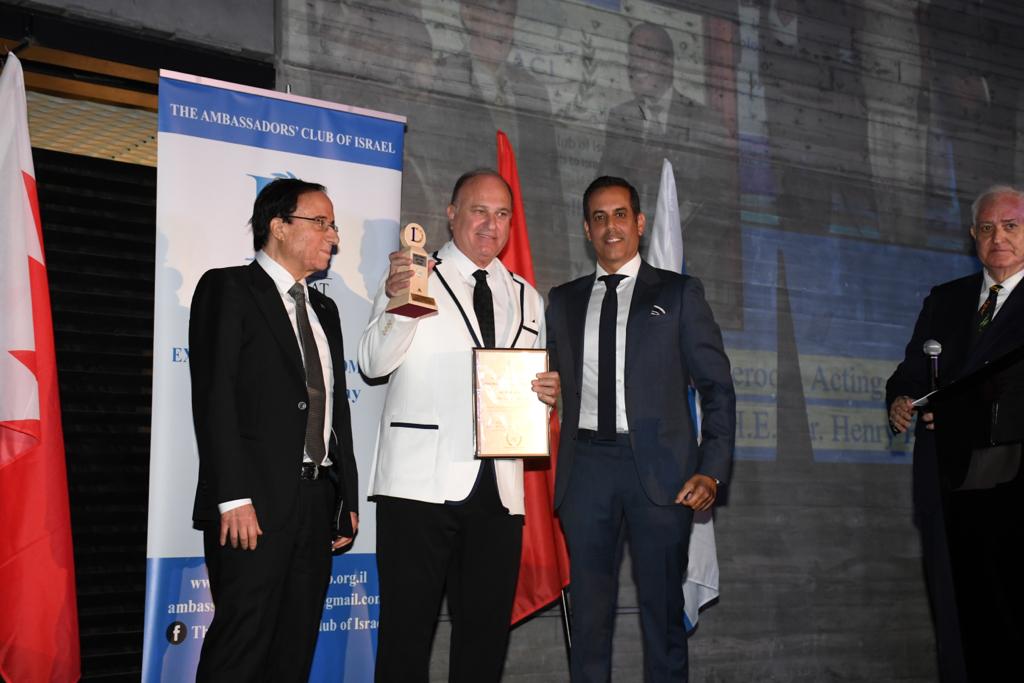 On Belize National Day 2022, The Ambassadors’ Club of Israel celebrated International Peace Day as well as the second anniversary of the Abraham Accords at the annual “Diplomat of the Year Award Ceremony” which took place at TEO Cultural Centre in Herzliya Pituah. In the category of “Honorary Consul General of 2022,” Yoram Naor, Honorary Consul General of Belize, was awarded. He was honoured along side the Ambassador of the Kingdom of Bahrain, H.E. Mr. Khaled Yousif Al-Jalahma, The Head of Mission at the Liaison Office of Morocco to Israel, H.E. Ambassador Mr. Abderrahim Beyyoudh and Mr. David Fattal, International Israeli Businessman, founder of the Fattal Hotel Chain. Mr. Naor received a certificate of diplomacy as well as a unique trophy made of Jerusalem stone. The ceremony was attended by dozens of foreign ambassadors and diplomats coming to celebrate excellence in diplomacy.

Yoram Naor was honoured by many heartwarming speeches given by board members of  the Ambassadors’ Club of Israel. Yitzhak Eldan, President of the Ambassadors’ Club of Israel stated, “He was chosen by the Ambassadors’ Club of Israel, Among the close to 200 Honorary Consuls operating in Israel for his excellent performance in promoting Belize and Israel’s Latin American Relations.’CONNECTING DIPLOMATS TO ISRAEL’ is our club’s mission, and Yoram Naor is a Master and Leader of those connections in business, culture, science and others. His vast network of International Relations and his devotion for Israel’s relations with the world, especially Central America and Africa. This makes him a natural honorary consul award recipient not only of the year 2022, but of the past decade!” 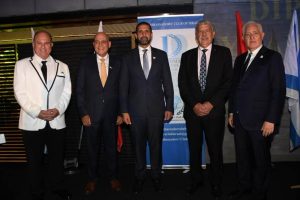 Below are the warm words of Jonathan Peled with much honour to Honorary Consul General of Belize, Yoram Naor.

“It gives me great pleasure, on this occasion, to congratulate Mr. Yoram Naor on receiving this award of excellence in diplomacy. Yoram Naor is not only a true friend, but also a philanthropist, the Vice President of the Israel-Latin American chamber of commerce, a leading businessman on his own merit, and above all, an outstanding Honorary Consul and representative of Belize in Israel. I’ve had the privilege of working with Yoram during my time as an Ambassador in Mexico and today enjoy his cooperation and friendship as Deputy General of Latin-America and the Ministry of Foreign Affairs. Yoram, you have well deserved this award being presented to you tonight by Israel’s Ambassadors’ Club. I would like to wish you Mazel Tov, congratulations, a lot of success and continued health and happiness.” – Jonathan Peled 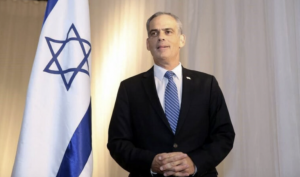 The Ambassadors’ club of Israel congratulates his president, Ambassador Yitzh…