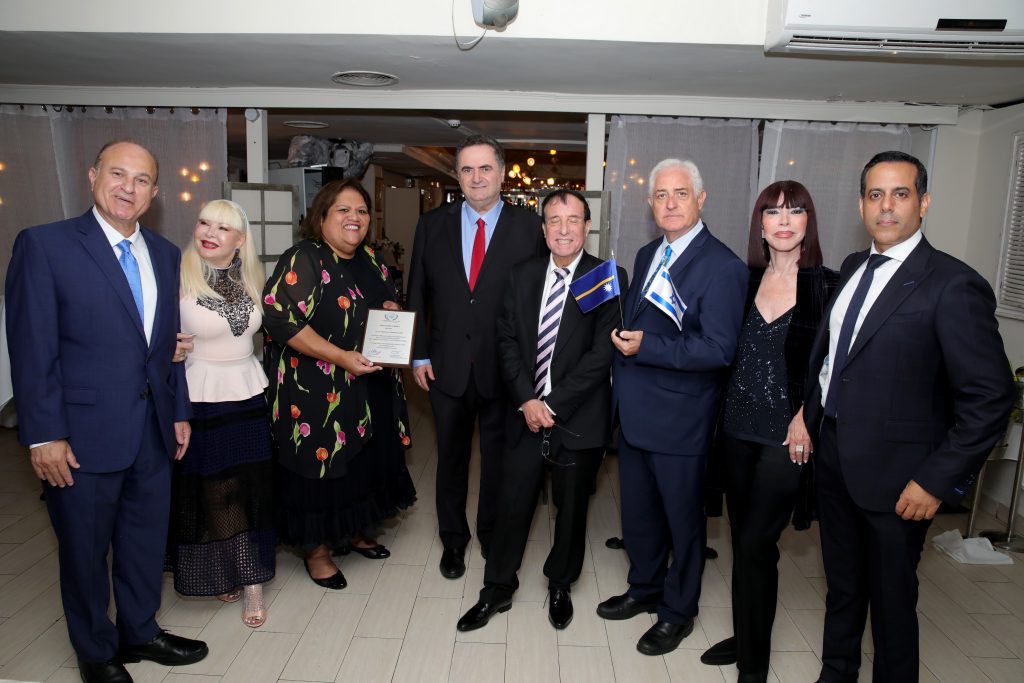 A unique diplomatic event took place in Herzliya in honor of the non-resident Ambassador of Nauru to Israel Ms. Marlene Moses. An Award of Merit Ceremony for Ms. Marlene Moses, who also serves as the Ambassador of Nauru to the United Nations, was initiated and organized by the Honorary Consul of Nauru in Israel Mr. David Ben Basat under the auspices of the Ambassadors’ Club of Israel. The dinner offered by Mr. and Mrs. Ben Basat was attended by the Minister of Foreign Affairs Israel Katz, Ministers, the Director General of the MFA, Members of Knesset, Honorary Consuls, the Ambassador of Israel to the Pacific Island States, and other distinguished guests. 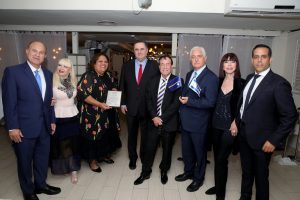 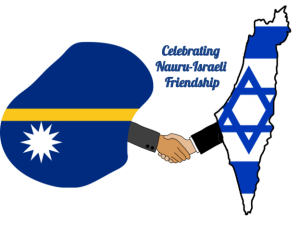 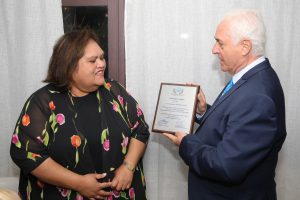 Ambassador Yitzhak Eldan awards Ambassador Marlene Moses a Certificate of Merit in recognition of her staunch support of Israel. This is the first time that a non-resident ambassador has received such a recognition. 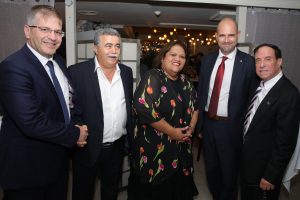 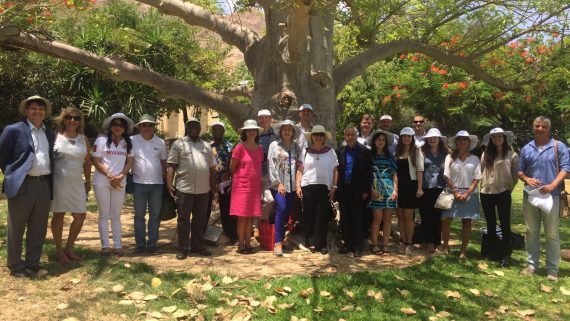 Tour to the Dead Sea Area 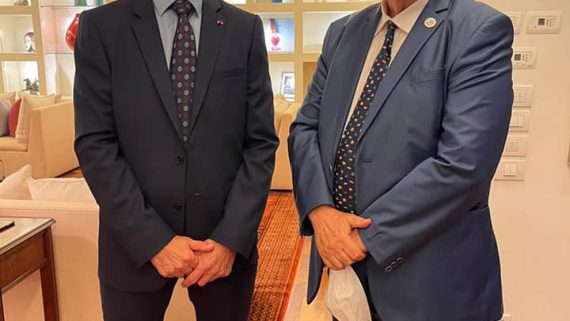