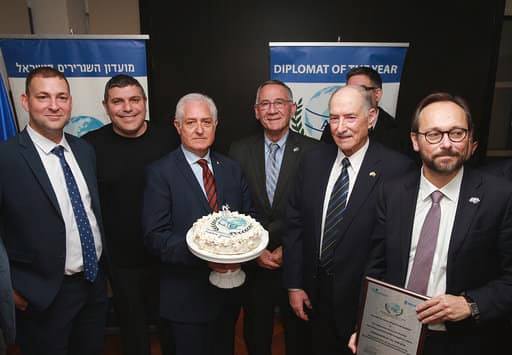 The Ambassadors’ Club celebrated its third edition of “The Diplomat of the Year 2018” at the Herzliya Marina in presence of Deputy Minister of Foreign Affairs Mrs Tsipi Hotobely, Herzliya Mayor, and many Ambasssdors, Honorary Consuls, officials and members of honour of the club. The three award of excellence winners:
Ambassador of the year 2018:The EU ambassador Emanuele Giaufrait.
Honorary Consul of the year 2018: Mr Amnon Dotan HC of Lithuania.
Member of Honour of the year 2018: Mr Teddy Sagi, for his contribution to Israel international business relations